There are a number of different hearing aid styles, each with its own set of pros and cons. The style of a hearing aid rarely affects its cost, and it’s not necessarily the case that the smaller the hearing aid the more expensive it will be. Which style might be the most appropriate for you will depend on several factors, such as how you feel about the look and physical experience of wearing a hearing aid, whether it needs to be rechargeable, the size and shape of your ear canal, eyesight, dexterity and type and extent of hearing loss.

The style of a hearing aid is just that – the style. A particular hearing aid product may come in several different styles, so the computer inside is the same but the look and feel may be different. Sometimes the very style of the aid may change the way it sounds too!

The ‘behind the ear’ family 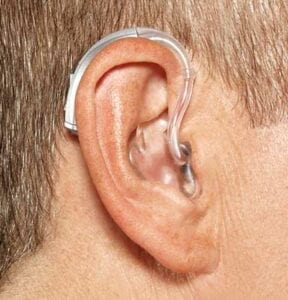 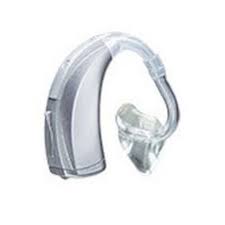 The mould itself will vary in size and shape, dependent usually on the hearing loss or physical attributes of the ear. For example, a big hearing loss will usually have a soft mould that often fills the concha to minimise feedback (whistling) of the aid.

These aids are not used a great deal now but often people associate them with NHS aids – which is not usually the case now. These are usually the only suitable solution for those with profound or severe hearing loss as they can be very powerful and the risk of feedback is low. They are good for those perhaps with poor eyesight or dexterity as they are larger and easier to handle. They often house a larger battery too, so do not have to be changed often (every two weeks or so).

Often these aids are chosen for their familiarity. This style might be all someone has been used to as it was the only style available on the NHS for many years.

An OTE (over the ear) 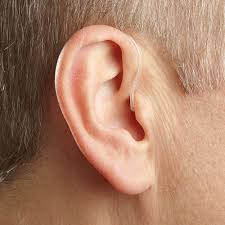 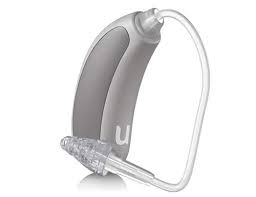 This aid is usually a smaller version of the BTE. It will often have a 312 battery or may be rechargeable. It has a thinner tube into the ear canal which is usually held in place by a disposable dome.

Sometimes the dome may be replaced by a custom tip if the canal shape is unusual or if a better fit is required to avoid feedback. This is the most common style now provided by the NHS (with a larger size 13 battery). They are good for all types of hearing loss as the ear canal fitting can be customised to meet the requirements of the hearing loss.

An RIC (receiver in canal) 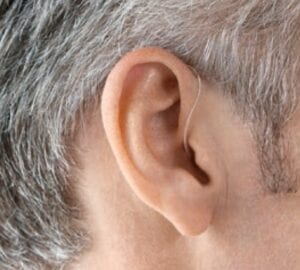 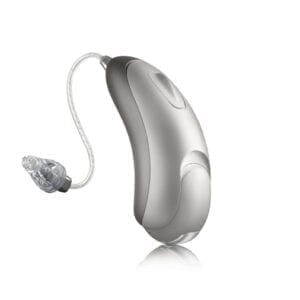 This is the most popular of all the hearing aids. In the private sector about 80% of all hearing aids fitted are this style. This is because they are comfortable, aesthetically pleasing to most, fit a wide range of hearing losses, can be battery powered or rechargeable and are good value for money.

These have the main mechanics behind the ear, but the receiver (speaker) is at the end of a wire and sits in the ear canal itself. It is usually held in place by a disposable dome which may be open or closed (dependent on the hearing loss) or a custom mould. Having the receiver in the ear means that nothing is lost by passing the sound down a tube and the experience should be more natural. They are usually highly acceptable to the user and an excellent option for most.

The ‘in the ear’ family

In the ear (ITE) hearing aids have no element behind the ear and all the components (microphones, battery, receiver etc) are all built in to a custom-made shell that sits somewhere in the ear.

They are often considered slightly more vulnerable than BTE models as the mechanics of the aid are more exposed to things that can cause damage, like wax and moisture. ITE hearing aids may need more repairs than BTE styles.

These styles of hearing aids suit moderate and severe losses best. This is because they physically block the ear canal so no natural sound is allowed through. If you have a good range of natural hearing already, especially at the low frequencies, then getting used to ITE hearing aids can be a bit trickier as you become more aware of your own voice and internal sounds like eating. 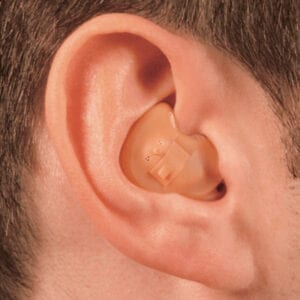 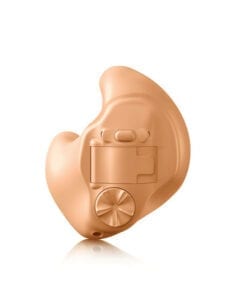 These fill the concha part of the ear and are the most visible. They are good for those with severe hearing losses as you can fit larger speakers in them to deliver the power.

They are also good for those who want and ‘in the ear solution’ but eyesight or dexterity may prevent a smaller option.

Half shell / ITC (in the canal)

These are often slightly easier to get in and out than the full shell. They use a smaller battery and the end shape result in the ear will depend entirely on how big your ear is.

So, if your canal is very narrow, then more of the aid will be built into the concha and it will be more visible.

CIC (completely in the canal 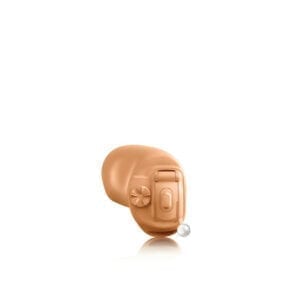 These are built into the ear canal and the faceplate, which is where the microphone is, sits in the entrance to the ear canal. These are fairly discreet and can usually only be seen when looking in the ear. For some people these are the smallest option possible. They suit moderate to severe losses best and some low frequency loss will suit it well. They usually use are small battery, to be replaced every 5-7 days.

IIC (invisible in the canal) 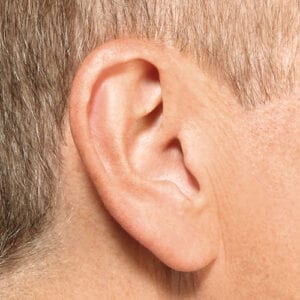 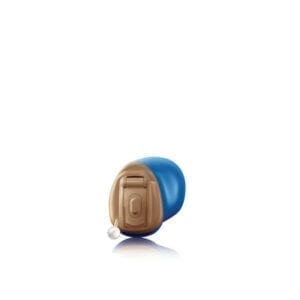 These are the most discreet of all hearing aids, and as the name suggests they are ‘invisible’. They are made to fit deep inside the ear canal closer to the ear drum. How small and deep the aid can go will depend on the size and shape of your ear canal. If it is a reasonable size, then an IIC will fit well and be truly invisible. If it is very narrow or bendy then it can be difficult to fit all the components of the hearing aid out of sight.

They can be a bit small and fiddly so might not be right for someone who has eyesight or dexterity issues. They use a small size 10 battery that needs replacing every 5-7 days or so.

Sometimes very small hearing aids (IIC and CIC) can lack some features that larger hearing aids might have. For example, a telecoil (loop), wireless features that might connect the hearing aids to accessories or Bluetooth compatibility. Again, this might depend on the size and shape of the canal.

Hearing aid prices vary considerably and it can be difficult to navigate your way through the many options. Here we give you an overview of the different groups of hearing aids and their prices.

We use cookies to ensure that we give you the best experience on our website. If you continue to use this site we will assume that you are happy with it.Ok